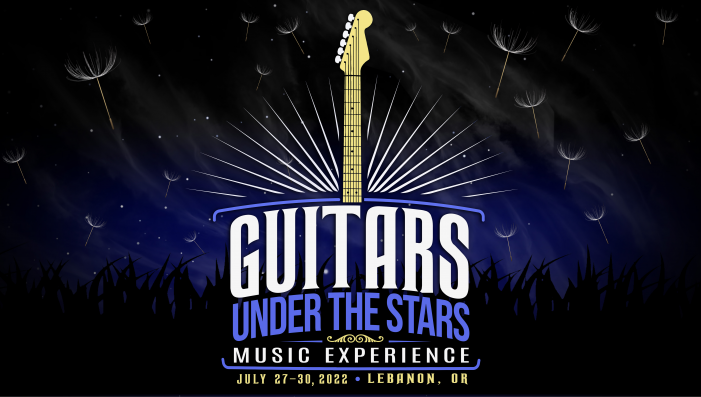 Guitars Under The Stars

Guitars Under The Stars Music Experience

BRING YOUR KID TO CAMP!! Through 6/1, all adult registrations will include one free 17 and under child registration (shared occupancy).

Plus, a handful of lucky campers will get the chance to participate in the All-Star Jam Friday night at the GUITARS UNDER THE STARS festival, while the rest of the campers watch from their own private VIP section!

As a registrant at the GUITARS UNDER THE STARS Music Experience Camp you will receive:
· Lodging on-site, in a personal tent camping setup, or upgrade to a deluxe camping setup or camp like a Rock Star, in your own personal RV parked in the counselor/artist area.
· 3 meals a day, and unlimited non-alcoholic drinks and snacks available 24-7. (Additional snacks and supplies will be available for purchase for the duration of the camp.) If you are over 21, a selection of beer and alcoholic beverages will also be available for purchase.
· Access to exclusive intimate performances, clinics, and masterclasses from our legendary guest instructors.
· One-on-One instruction, and breakout jam sessions with our instructors, based on your interest and skill level.
· Special exclusive Q&A sessions, panels, and workshops
· Access to a VIP only side-stage area at the GUITARS UNDER THE STARS Festival Friday and Saturday nights, and a special intimate campers-only pre-show Thursday night.
· Special instructor signings, photo ops, and meet-and-greets throughout the camp.
· Special commemorative poster, T-shirt, and laminate
· Goodie bag from our sponsors and partners.
· Access to shower and restroom facilities.
· Free Parking
· Wi-fi
· Camp shuttle to and from Portland International Airport.*

Guitars Under The Stars

Guitars Under The Stars Music Experience